It was the first day of December 2020 and, all over the land, children were opening Day 1 of their Advent calendars and enjoying the spoils. How very different to our childhoods in the 1950 and 60 when we looked forward to seeing which cameo of the Christmas story would be revealed. We all knew that on 25th would be a "double spread" of ... (I won't spoil it for you - all may be revelated on 25th).

Now, as well as Advent calendars bearing gifts, we have the ubiquitous elves - both male and female who cause mayhem in houses across the country with their antics. Of course their real purpose is checking that the young people in the houses have been good throughout the year and can therefor receive a visit from Santa. I understand that this now applies to some adults too but not in this household!

This year has been particularly tricky for Santa and his elves but they seem to have found a way to carry on with their festive exploits.

Last year, unexpectedly, an elf arrived here at Hopbines. Who know how or why! He was rather late but that didn't stop him causing considerable mayhem for a few days. In the event Santa didn't call so I can only assume that this household was spectacularly bad in 2019. Apparently his name was Grant and he had been named after a particularly naughty human. Anyway he disappeared on 25th December and was not seen again until.... 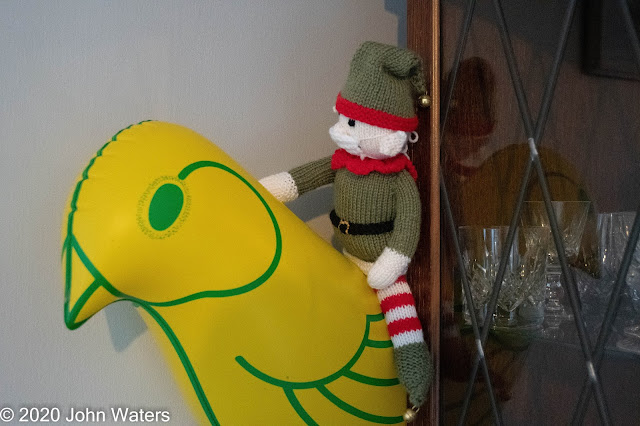 ...... on 1st December he was seen "incoming" on a Canary - sporting a mask kindly provided by Bernard the Elf from Ipswich So started  24 days of mayhem.

On Day 2 he immediately started to check out the Christmas decorations. He is very surprised that no effort has been made to put these around the house yet. His mission to find some sweets came to naught though as he only found a "bauble of six". He shed a tear. 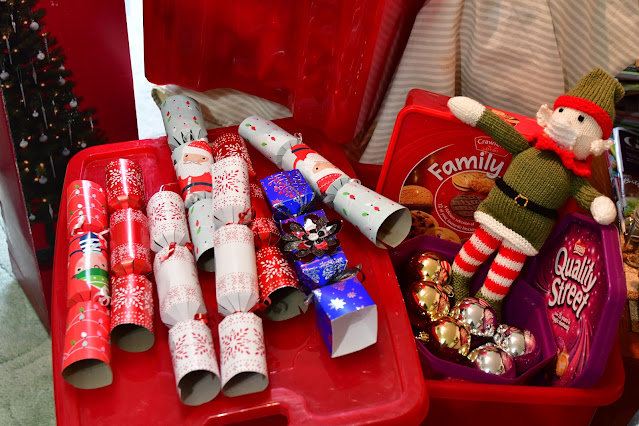 On Day 3 everyone was surprised when he appeared in the Stowmartian's kitchen checking out the cooking and seeking a socially-distanced chat. Stowed away in the car when a delivery of meat and craft materials was made didn't he - naughty Grant. We had to stand out in the rain! 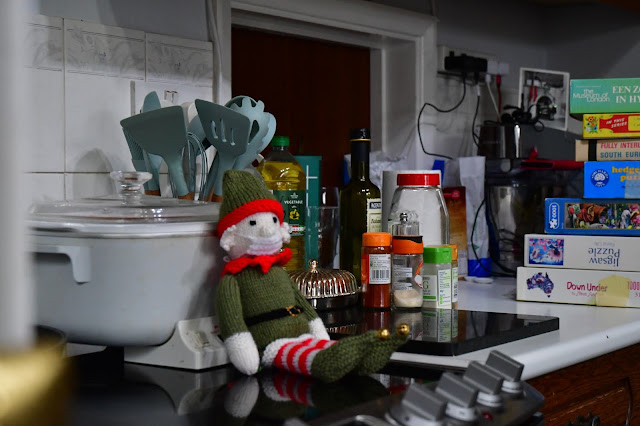 Day 4 and he is up to his stowaway tricks again suddenly appearing in the boot of the car as the hay and hen feed was being loaded at Pakenham Windmill. Then he rushed off and climbed up to the Windmill sails. Fortunately it was only the model windmill not the full-sized one, and he was easily rescued - although it was tempting to leave him there! 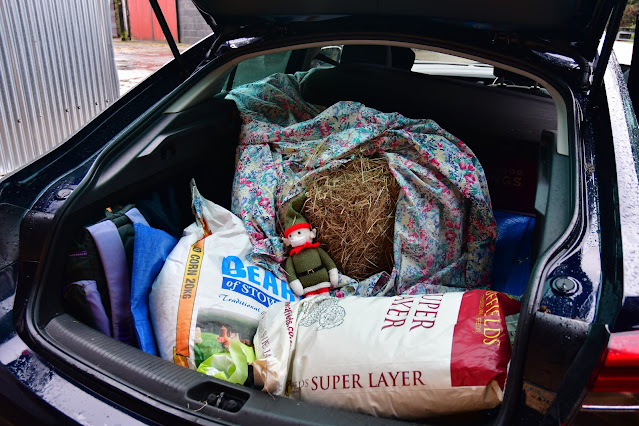 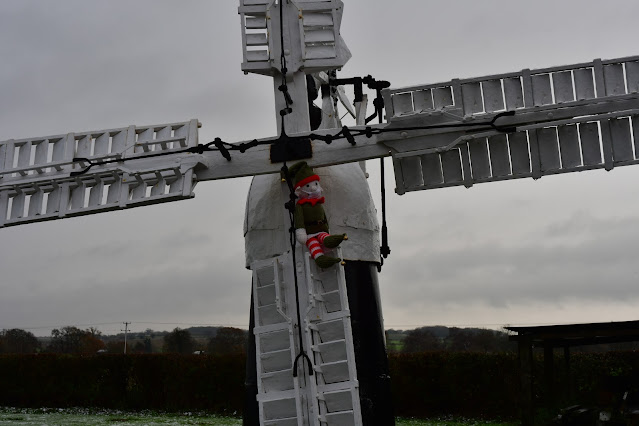 So on to Day 5 and four hefty "minders" were employed to keep him out of mischief. A fairly quit day whilst Grant thinks about how to escape from them. 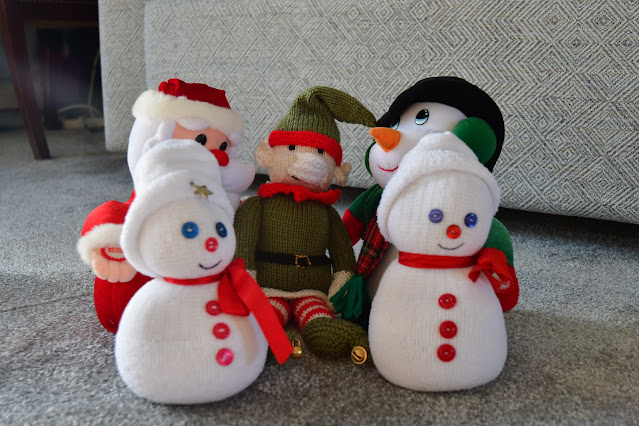 Day 6 and he has escaped his minders and climbed to the top of the Christmas Tree. A stand-off with the Fairy will soon follow I'm sure. Lets see who wins out. 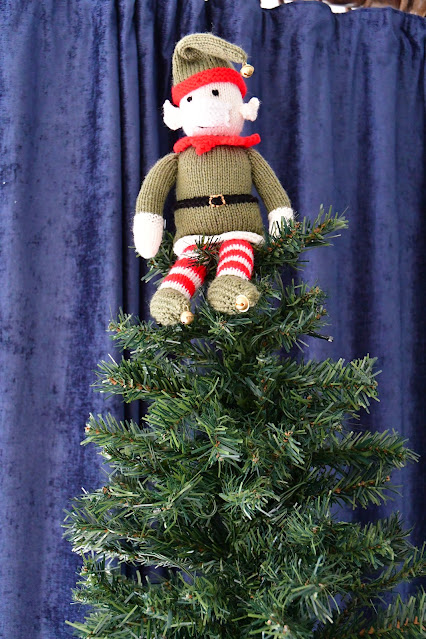 Day 7. Grant really is naughty today. It's gone from bad to worse! He has smuggled another elf into Hopbines. But who is it? 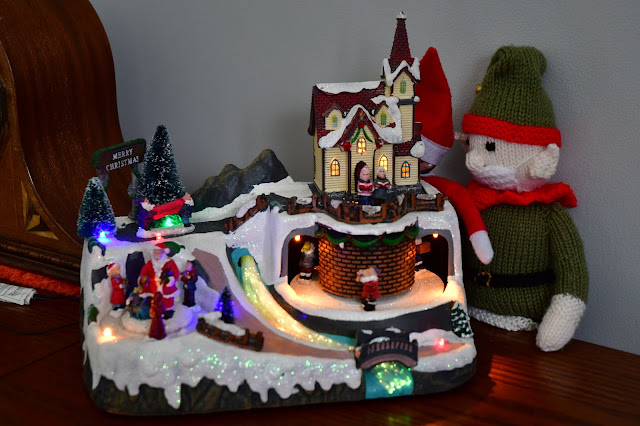 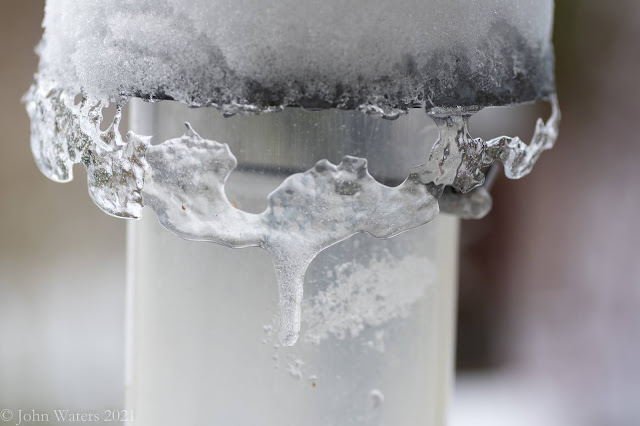 Lockdown 3, Day 35 (or thereabouts), and it's nearly a month since my last blog. So what has been happening over there at Hopbines I hear you cry. Well, very little. The highlight has been that we have both had our Covid jabs. Obviously Woolpit Health Centre are well ahead of the game as there is no way I come into the top priority group for vaccination!  Following an exciting drive along the icy backroads to Woolpit Business Park on Sunday last, the organisation and speed with which everyone was manoeuvred through the vaccination Drive-thru was most excellent. Huge thank you to all those giving the jabs, and the volunteers assisting with paperwork and car organising. It was a freezing cold day but everyone was very kind and courteous. Thank you Woolpit Heath Centre team. Not much has happened gardening-wise although a start has been made on trimming the back hedge. Both sheds are leaking as the roofing felt couldn't cope with the amount of rain we have had here. I hear that De 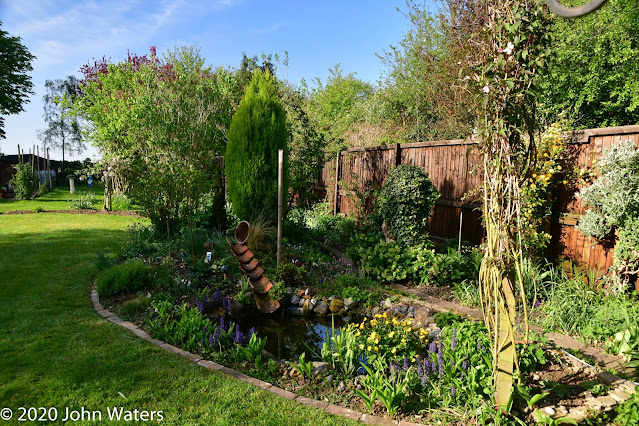 STAYING AT HOME! Posted on  April 30, 2020 So it is a couple of weeks since my last post, and I’ve continued to weed the garden, every day until a couple of days ago when it started to rain. Much needed but disappointing that I didn’t quite finish weeding and tidying the final border in the back garden – well only just started it actually. As you can see the garden is looking fairly OK now. Still have the front borders to do as well. Fishpond with pole growing well!! The Gnome seems happy!! Just a weeded border Additionally a couple of objects for the garden have been put together. A Bed Bed for Valerie and a cover for the carrots to stop the carrot root fly. Here is the Bed Bed, the carrot cover is too boring to photograph. The Bed Bed has now had a liner and soil put in and seeds planted. Let’s see how well it grows. Bed Bed Sadly one of the hens has passed away so only five are left now, and they are old so not laying much. Three (or four) new hens have been ordered from Katie at Re 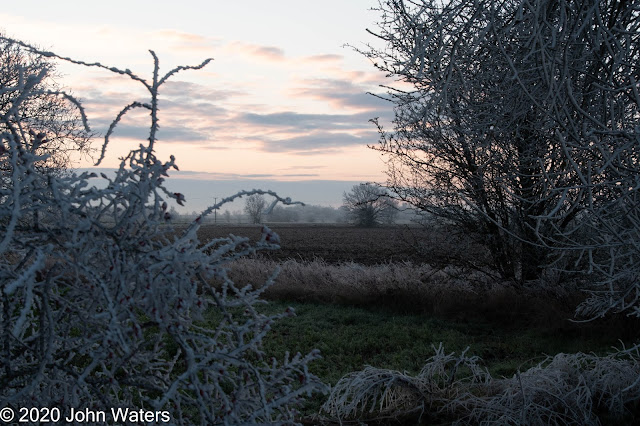